Multi-award winning, platinum selling artists The Blizzards are one of the most powerful and impressive live acts to come out of Ireland. A four-piece power punk-pop outfit, renowned for their charisma, explosive energy, dedication and charm, hooking all who witness their magnetic and commanding live performances.

Propelled by melodic and dynamic hooks at the core of their sound, is guitar-driven song-writing that houses a heart of pop, and a soul of distinctive lyrical storytelling, underpinned by the hardest hitting rhythm section on the scene.
Their award-winning debut album A Public Display of Affection was produced by LA-based producer Michael Beinhorn (Red Hot Chilli Peppers, Soundgarden) and remained in the Top 20 for 18 weeks, followed by a critically acclaimed second album, Domino Effect featuring the singles Trust me I’m a Doctor, The Reason and Postcards. The Album reached No.2 in the Irish Charts.
The band who have played the main stage alongside some of the biggest acts in the business (Oasis, ACDC, The Prodigy) are taking their live production to the next level. The show features songs from the bands 3 albums performed against the backdrop of a brand-new pulsating lighting show.
Having recently returned from headlining the 2FM 2020 Ski & Rock Festival Soll Austria, 2FM DJ Eoghan McDermott was wowed by the band posting “The Blizzards Just Wow” on the 2FM Instagram,
More determined than ever, the band are fresh and driven to reach new heights in 2020. This year will include brand new music, and the biggest live production ever.
Watch this space for special announcement coming soon!
Facts to note:
Awards: Meteor Award Best Live Act @ Oxegen Festival 2008 & 2009
Charts: Album Domino Effect No.2 – Album A Public Display of Affection No.4 Single Trust Me I’m a Doctor No. 2
Live High Points: Two Sold Out Olympia shows 2006/2009 – Punchestown racecourse with ACDC 2009 – Slane Castle with Oasis 2009 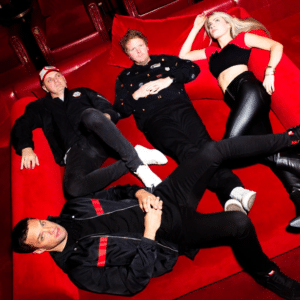 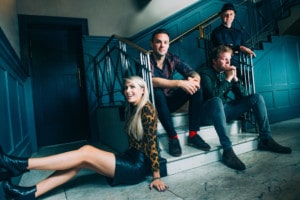