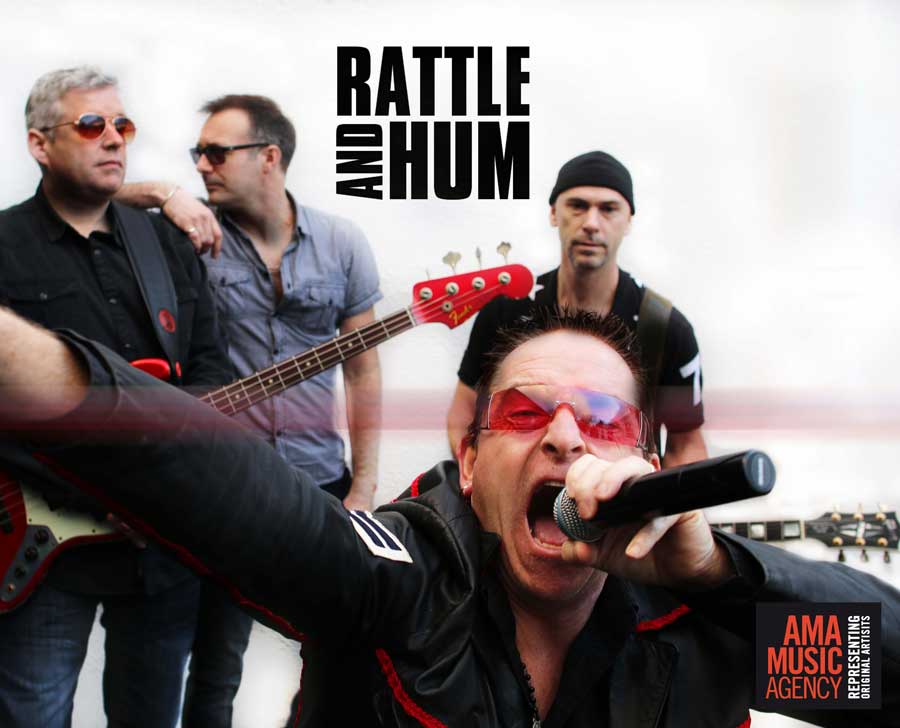 “The Finest Tribute Band on the Planet” - Hotpress

"It's no easy gig being a tribute band, particularly when your inspiration is U2. Not only are they one of the highest profile bands on earth, but their legendary musical ability, passion and vitality are an integral part of the complete package. For a tribute band, this means you have to look right, you must do justice to some of the finest rock music ever written and you have to capture and transmit that indefinable energy that fuels U2.

Meet Rattle and Hum. Coming from Dublin themselves has maybe given them an advantage over other U2 tribute bands, but it doesn't end there. They are also impeccable and experienced musicians who possess both the physical power and the psychic energy that playing the music of U2 to a live audience demands. The four members, despite individual visual theatrics, become one powerful unit onstage, much like U2 themselves.

With songs performed from U2’s Debut album “Boy”, right up to the present day album “Songs of Experience” Rattle and Hum have it all covered. So if you want to witness a U2 show in a smaller venue then check out the band when they arrive to a venue near you.

For further information on how to book this brilliantly authentic U2 tribute band please call Stephen in the office on 00353 (0)1 201 3660, or simply email us for friendly advice on [email protected]

We're looking forward to hearing from you and endeavour to turn your show into a beautiful day. 😉